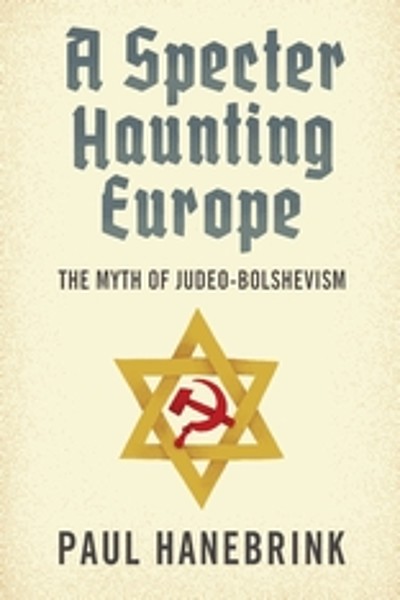 The first comprehensive account of the evolution and exploitation of the Judeo-Bolshevik myth, from its origins to the present day.

For much of the twentieth century, Europe was haunted by a threat of its own imagining: Judeo-Bolshevism. This myth—that Communism was a Jewish plot to destroy the nations of Europe—was a paranoid fantasy, and yet fears of a Jewish Bolshevik conspiracy took hold during the Russian Revolution and spread across Europe. During World War II, these fears sparked genocide.

Paul Hanebrink’s history begins with the counterrevolutionary movements that roiled Europe at the end of World War I. Fascists, Nazis, conservative Christians, and other Europeans, terrified by Communism, imagined Jewish Bolsheviks as enemies who crossed borders to subvert order from within and bring destructive ideas from abroad. In the years that followed, Judeo-Bolshevism was an accessible and potent political weapon.

After the Holocaust, the specter of Judeo-Bolshevism did not die. Instead, it adapted to, and became a part of, the Cold War world. Transformed yet again, it persists today on both sides of the Atlantic in the toxic politics of revitalized right-wing nationalism. Drawing a worrisome parallel across one hundred years, Hanebrink argues that Europeans and Americans continue to imagine a transnational ethno-religious threat to national ways of life, this time from Muslims rather than Jews.