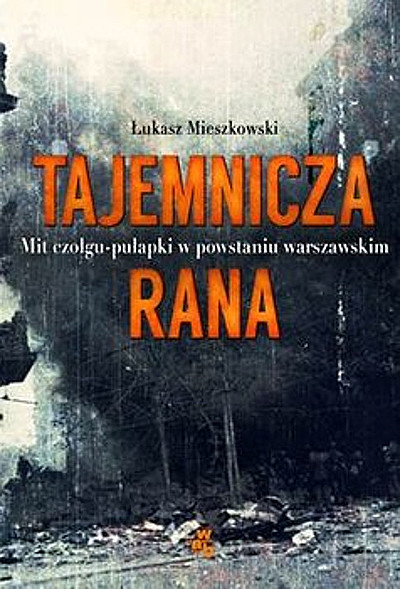 On 13 August 1944, during the Warsaw Uprising, a tragic event occurred: a German demolition vehicle exploded, killing several hundred people. Due to the fact that over the following decades the massacre had acquired the status of a myth, this was the only confirmed data Łukasz Mieszkowski initially had. After seventy years, the historian has collected scattered reports, documents, testimonies and articles on the explosion. From that research, a new account of the event emerges, completely different from the one embedded in the tradition of the Warsaw Uprising. The tragedy could have probably been avoided.
So who exactly was responsible for the fact that it did occur? Can it be determined, and if so, should it be done today?
The Mysterious Wound is not just a recollection of events from one day of the Uprising; it is also an insightful reflection on how a legend is born and what purposes it can serve.

“The author tackles one of the most persistent myths of the Warsaw Uprising. He treats the so-called trap tank explosion as a pretext and a metaphor: a pretext to draw the image of the Warsaw Old Town, its inhabitants and defenders in the apocalyptic days of German siege. Relying on carefully analysed sources, he writes about these events without pathos, but with empathy, which however does not weaken his critical perspective. The author also poses the question whether mythification of the events from 13 August 1944 can serve as a metaphor for the whole Uprising and the way its image, which remains alive in the collective memory, was shaped.”
- Prof. Włodzimierz Borodziej