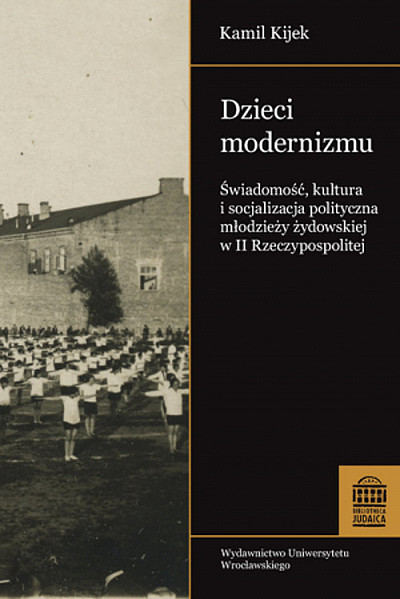 [English Translation: Children of Modernism: The Consciosness, Culture and Political Socialization of Jewish Youth in the Second Polish Republic]

A central focus of the book is the political consciousness of the generation of Jewish youth that came of age in the 1930s. Its author addresses the question of what influence growing up in an independent Polish state had on the last generation of Polish Jews prior to the Holocaust. The book tracks differences in the socialization and political consciousness of young Jews of various backgrounds, from milieus of traditional merchants and artisans, the working class, orthodox elites to the bourgeoisie. Its subject is the participation of young people in the most important Jewish and non-Jewish political parties and youth organizations active in interwar Poland. The author attempts to answer the question of what impact the peak development of radical ideology in the 1930s, the so-called “Radical modernism”, had on the consciousness and political attitudes of Jewish youth.

Children of Modernism reveals how socialization and generational experiences shaped the specific identity and culture of Jewish youth in the Second Republic. The most significant feature of the younger generation of Jews was a historically highest level of acculturation, not only in terms of language, but in a more profound emotional connection to Polish national symbols and Polish culture. On the other hand, the representatives of this generation experienced the growing wave of anti-Semitism in the 1930s, while their acculturation and Polish patriotism gave the experiences a particular poignancy. The entrance into adulthood of this generation coincided with the peak of European political polarization, as well as the disintegration of traditional Jewish life in Eastern Europe. As a result of these factors, the youth culture of Jewish society in the Second Polish Republic took on a specific counter-cultural character.