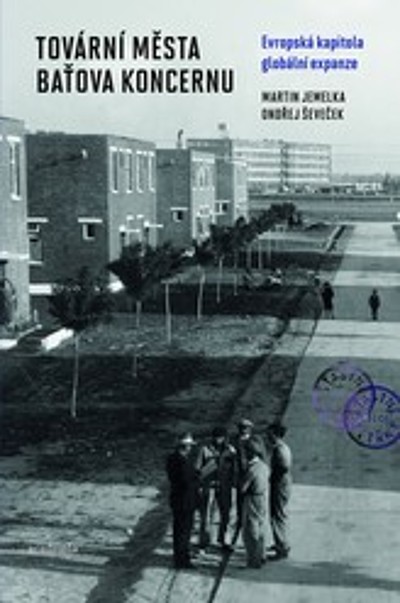 The icons of the Baťa enterprise consisted not only of fashionable yet affordable footwear and avant-garde department stores, but also exemplary industrial communities – company towns. A book by two Czech historians is devoted to company towns of the Baťa concern, and is the result of their long-term research on the first truly global enterprise of Czechoslovak provenience. The publication comprehensively traces the economic and, in particular, the social dimension of the Baťa business during its dynamic international expansion.
The transfer of the business system is explored in political and economic aspects of nine European countries in which sixteen company towns were established from the late 1920s through the end of the 1940s. During this dramatic epoch, Europe experienced a crisis of economic liberalism and parliamentary democracy, as well as a period of totalitarian and authoritarian regimes, culminating in the emergence of the Iron Curtain and the constitution of the Eastern bloc.
This revolutionary transformation in footwear production, the first global business model in the footwear industry, assembly-line production and its impacts, and, above, all the model of the company town in its Baťa variants are explored through the lens of the domestic and international scholarly literature, as well as archival sources from a number of European archives. Readers are presented with the dramatic story of the rise and fall of one of the most ambitious business projects on the European continent.
PhDr. Martin Jemelka, Ph.D., (b. 1979) works in the Department for Research and Source Editions, Masaryk Institute and Archives of the Czech Academy of Sciences. Since 2006, he has also been an assistant professor in the Department of Social Sciences, VŠB – Technical University of Ostrava. Dr Jemelka’s areas of specialisation are modern economic and social history, the history of industrial towns and of everydayness, historic demography and modern religious history.
PhDr. Ondřej Ševeček, Ph.D. (b. 1979) works in the Institute of Philosophy of the Czech Academy of Sciences, and has served as the Institute’s director since 2013. He is also a researcher in the Department for the Study of Modern Czech Philosophy. Dr Ševeček’s areas of specialisation are modern economic and social history, and in particular issues linked to the study of supranational corporations, the history of industrial urbanism and the history of economic and social thought.