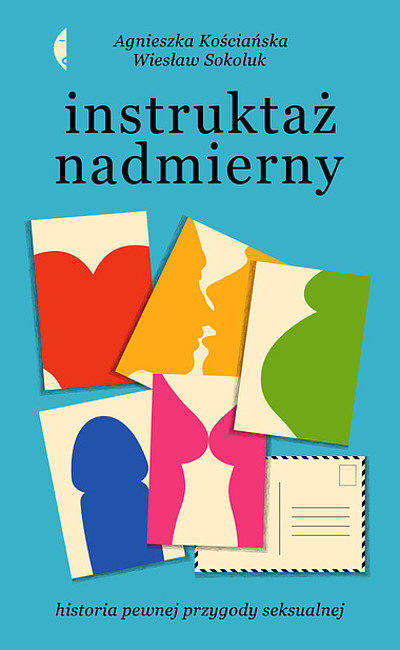 Instrukataż nadmierny (An Excessive Instruction) is a book long conversation with the sex educator and youth therapist Wiesław Sokoluk. In the book, Sokoluk tells Agnieszka Kościańska the story of sex education handbook he co-authored in 1987.
Although sex education has been offered in Polish schools since the late 1960s, initially there was no handbook. It was only in September 1987, when a handbook finally appeared. The handbook turned out to be remarkably progressive. It caused many controversies and was banned from schools after two months. It went further than any available sex and marriage manual for adults, which on the one hand affirmed sexuality, but on the other were rather conservative in their description of gender roles, placing sex in marriage. The handbook was also significantly more progressive than earlier sex education publications addressed to young people. While these publications explained in detail issues such as development, the physiological and psychological problems of adolescence or the physiology of reproduction, they were vague about sexuality and pathologized everything other than procreative marital intercourse. The 1987 handbook was explicit about teen sexuality and affirmed its various manifestations. It did not pathologize masturbation and it discussed issues like sexual techniques and sexual pleasure. It also called homosexual relationships “analogues” to heterosexual ones.
Sokoluk based the handbook on his experience in youth counseling and education. Since the late 1970s, he travelled from school to school throughout Poland and answered students’ questions. He also operated the youth telephone hotline and collaborated with youth magazines; in both cases he answered sexuality related questions. Moreover, he ran the youth advisory centre at the Planned Parenthood Association in Warsaw, which consisted of a walk-in clinic and a mail counselling service. While writing the handbook, he had all his students’, clients’ and correspondents’ questions and letters in mind.
The book highlights tensions between young people’s concerns and the socio-political setting of late state socialism in Poland that prompted other authors to avoid sexual explicitness and brought about the heated debate around the handbook.