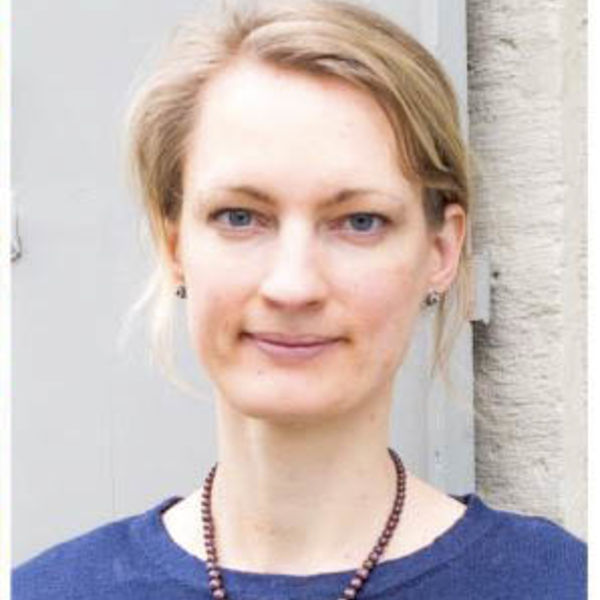 Volha Bartash came to the Imre Kertész Kolleg from the Vienna Wiesenthal Institute for Holocaust Studies where she had conducted research on the National Socialist genocide of Roma in Belarus and Lithuania. In 2013-2015 she held the Kone Foundation Fellowship at the Helsinki Collegium for Advanced Studies and the Jeff and Toby Herr Fellowship at the United States Holocaust Memorial Museum. In 2013 Volha received the Marian Madison Gypsy Lore Society Young Scholar's Prize in Romani Studies. In 2011 she obtained her PhD in anthropology from the K. Krapiva Institute for the Study of Arts, Ethnography, and Folklore at the National Academy of Sciences of Belarus where she had been involved in several group projects.

For her fellowship at the Kolleg, Volha will be working on the book project "Survival as a Daily Routine. History and Memory of the Nazi Genocide among Roma from the Belarusian-Lithuanian Border Region". Along with the Jewish minority, the Roma of the Lithuanian-Belarusian border region were affected by the National Socialist genocide. Despite this fact, not much is known about their suffering and struggle for survival: the survivors have not left us any memoirs while archival records cannot provide insight into the life of local Romani communities.
Therefore, ethnographic fieldwork among Roma opens up a completely new perspective on the life of people under occupation. For them, survival was an everyday routine consisting of three essential "how and where" questions: where to hide, how to provide for their families and how to keep on the move.
Combining different kinds of evidence, this project addresses the following questions: what were Romani responses to the Nazi persecution and what strategies did they initiate to survive? How did the survival strategies differ among sedentary and nomadic communities? What forms did the Romani Resistance take and how did Roma enter partisan units? What was the impact of local inter-ethnic relations on the fates of Roma under occupation? The study also focuses on the commemoration practices of the local Romani communities in order to show how the victims of the Nazi genocide are remembered today and what place the mass graves of Roma occupy in the memorial landscape of the border region.