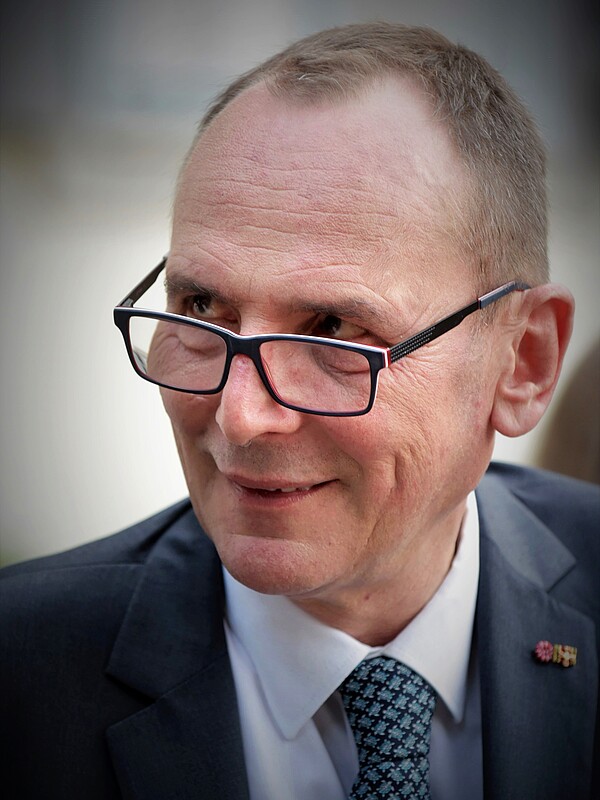 We mourn the death of our founding Co-Director and Chairman of the Academic Advisory Board Prof. Dr. Dr. h. c. Włodzimierz Borodziej, who passed away on 11 July 2021 in Warsaw at the age of 64.

The obituaries, published in the days following his death, list his impressive vita. Włodzimierz Borodziej was an exceptional scholar, a gifted historian, an inspiring colleague, networker, and for many, us included, a dear friend.

Together with Joachim von Puttkamer, he initiated and subsequently led the Imre Kertész Kolleg as our co-director during its first phase of funding from 2010 until 2016. In 2017, he then retired to the role of chairman of our academic advisory board, which made him no less involved in our work here.

Włodzimierz Borodziej’s association with Jena and Thuringia began earlier though. As a member of the board of academic advisers of the Ettersberg Foundation (2002 - 2007) and the Buchenwald and Mittelbau-Dora Memorials Foundation (2003 – 2010), as well as guest professor at the department of history here at the Friedrich Schiller University (2004/2005), he helped to cement what should later become the foundation of a prolific network of scholars of contemporary history and neighbouring fields. With his work at and for the Imre Kertész Kolleg he strengthened the international reputation of the University and played a significant role in the development of its strong profile in contemporary European history.

Until a few weeks ago, Włodzimierz Borodziej still took part in our digital Monday seminars and worked with us on the completion of the fourth and last volume of our handbook series of Central and Eastern European History in the Twentieth Century. His early death prevents him from seeing the complete publication of this series, which he considered his intellectual legacy.

The Imre Kertész Kolleg was Włodek Borodziej’s platform to situate his knowledge and expertise in the history of Poland and Germany in a broad European perspective. It was in conversation with the fellows that he developed the idea of “Nasza Wojna”, the comprehensive history of Eastern Europe’s First World War. He saw the Kolleg as a unique opportunity to support early career scholars and bring them into contact with international academia. He also established the Geremek stipends, which aimed directly at Polish graduate students from various fields and offered them the chance to stay at the Kolleg and to enjoy the atmosphere and environment.

One should invest in brains, not in walls, Włodek Borodziej said more than once, when we began to set up the Kolleg. Of course, he greatly enjoyed the newly restored Schlösschen, where he had an office for himself, unlike in Warsaw, and he literally spent endless hours on flights and trains to be in Jena and with us during the Kolleg’s first term. Yet he had made it clear from the beginning that he would not stay for an entire twelve years as director, but would let go after the first funding period. As a matter of principle. Włodek Borodziej was indeed a principled man, but never dogmatic. He loved the good life, and of course, he never fully let go of the Kolleg. He had made many friends here, among the staff and among the fellows.

One might imagine him now at heaven’s gate, quietly smoking a cigarette. “We didn’t expect you this soon,” St. Peter says. “I didn’t expect you at all,” Włodek replies. He then bluntly informs the venerable old man that he didn’t intend to stay up there for more than one term.

We back down here will miss his advice and expertise, his calm and kind manner for a long time to come.