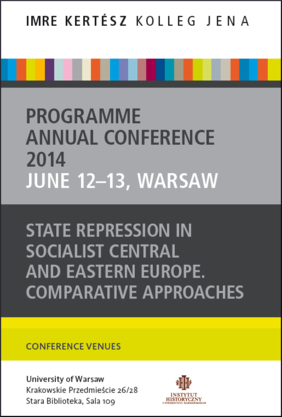 The conference assembles international experts and discusses forms of political repression, oppression and surveillance in the countries of the former Warsaw Pact. The focus is on comparing local and systemic features of state repression, its dimensions and intensity across Central and Eastern Europe and on state repression as social practice. In cooperation with the Historical Institute of Warsaw University and the History Meeting House (DSH), the Kolleg is delighted to present Borys Lankosz, the celebrated director of the feature film Reverse to discuss the film's particular perspective on the legacies of everyday violence in Stalinist post-war Poland.