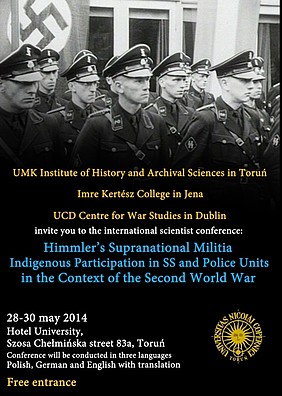 The existing literature on non-German volunteers in the Waffen-SS and police formations in occupied Europe is highly uneven, both in terms of quality and geographical coverage. While non-German soldiers fighting alongside the Wehrmacht have received some scholarly attention, even the more academically sound publications on the Waffen-SS of recent years have tended to prioritize a national or German-centric perspective over transnational, cultural history approaches. Our international conference is generously supported by the Fritz-Thyssen-Foundation. With contributors from virtually all countries affected by collaboration, the conference will seek to address some of the gaps in the existing scholarly literature.