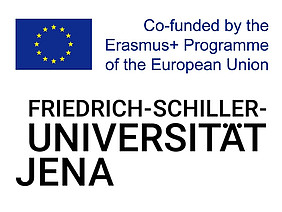 A transnational application of history? A Jean Monnet network is researching what it requires

Many societal factors determine how history unfolds and is processed. In addition to professional historians at universities, extracurricular learning centres, memorial sites, museums and non-governmental organisations also contribute to establishing historical meaning. Over the next three years the international team constituting the Jean Monnet Network for Applied Contemporary European History of the Historical Institute at Friedrich Schiller University Jena will pursue these questions through the creation and exchange of knowledge at and between universities and extracurricular institutions. Historians and practitioners of history from Belgium, Bosnia and Herzegovina, Germany, Poland and Serbia are working together and combining the approaches of historiography, political science, sociology, social and cultural anthropology as well as that of general cultural studies.

The network is one of the Jean Monnet measures funded by the European Commission. The goal of these measures is to build knowledge about the process of European integration and its prerequisites. The Jena project was granted the maximum funding of 300,000 euros. It is the first network from the field of historiography to be funded by the Jean Monnet programme.The goal of the network project is to develop the discipline of Applied Contemporary European History as a fundamental European field of study and, in the medium term, to establish it continent-wide as part of the university curriculum for historians. Applied history is understood as an innovative branch of historiography devoted to the interface between academic research and the non-academic contact with history. In a European comparative perspective, applied history can elucidate national cultures of remembrance in their specific constitution, correlate them with one another, and thus make potential points of conflict between national cultures of remembrance identifiable and comprehensible. Ways and means should be demonstrated as to how the political and societal treatment of history can be carried out, and subsequently be sustained through an understanding of neighbouring European cultures of history. This approach has gained increased relevance in light of the reinvigoration of populist currents in Europe. The project will focus on societies’ processing of the memory of war and violence in the twentieth century.

The network will connect historiographical research with historically and culturally engaged civil society. Each partner country provides one university-based research institution and one non-governmental organisation as members. Germany’s members comprise the University of Jena, which also acts as the coordinating office, and the Ettersberg Foundation in Weimar. The project director is Jörg Ganzenmüller (Historical Institute at FSU / Ettersberg Foundation, Weimar). Juliane Tomann (Imre Kertész Kolleg Jena) and Dennis Dierks (FSU Jena) developed the concept of the project and are also responsible for organising its content. Planning also includes academic conferences, international summer schools and the joint development of study modules, curricula and materials on the topic of applied contemporary history for academic use by universities.
Project implementation at the Imre Kertész Kolleg: Juliane Tomann
Project duration: 2016 to 2019