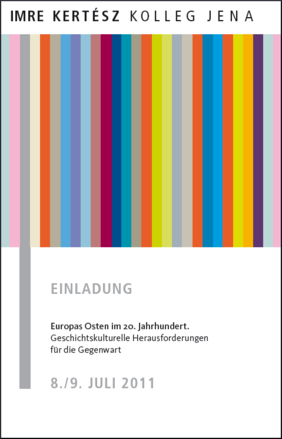 Europe’s East in the 20th Century. Cultural-historical Challenges for the Present

The Imre Kertész Kolleg Jena held its first official conference on 08 & 09 July, 2011.Adam Michnik was the keynote speaker, introducing the public to the topic with his speech on the heritage of dictatorships. On the second day Jiří Menzel opened the conference with a presentation on East Central European filmmaking with special emphasis on ironic approaches towards the 20th century.