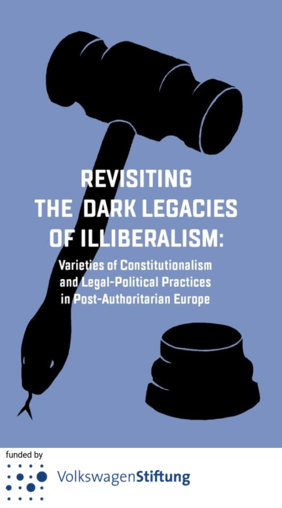 Varieties of Constitutionalism and Legal-Political Practices in Post-Authoritarian Europe

This conference aims to rethink the so-called ‘dark legacies’ of past illiberal legal systems in Europe and their implications for the present day.

The conference is a part of the VW-Stiftung funded project “Towards Illiberal Constitutionalism in East Central Europe: Historical Analysis in Comparative and Transnational Frame/Perspective” This project aims to enhance historical, interdisciplinary, and comparative perspectives in scholarly engagement with illiberal and authoritarian challenges to constitutional democracy in ECE situating the present-day conflicts in the longer history of the ebb and flow of constitutionalism, democracy, legality and pluralism in the region. Focusing primarily on the era of late state socialism, post-communist liberal transformation, into the current illiberal challenge to constitutional democracy, the project situates these regional developments within broader European and global transnational perspectives.