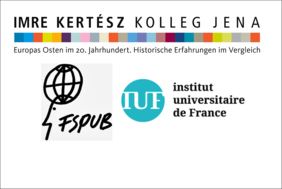 Transnational Dimensions of Dealing with the Past in ‘Third Wave’ Democracies

Call for papers for a workshop at the University of Bucharest on 01/02 April, 2019

The conference is organized by the Faculty of Political Science - University of Bucharest, the Institut Universitaire de France, and the Imre Kertész Kolleg Jena.

The scholarship on reckoning with the past after the “third wave of democratisation” has generally provided analysis of national case studies or comparative accounts of countries seen as discrete units, disconnected from transnational or international developments. This approach has overlooked the impact of globalization of memory cultures on national settings as well as the multiplicity of cross-borders and cross-regional entanglements that have framed justice and memory processes since the 1970s.
A transnational turn in memory studies developed in the last decade. Such an approach has mainly focused on how the memory of the Holocaust has influenced and has been appropriated to criminalize wars and dictatorships in other historical contexts. Within Europe itself, this scholarship has primarily examined the competition between remembering the crimes of the Holocaust and the crimes of the gulag. The interactions and mutual influences outside this major axis, including the transfer of ideas and practices between “third wave” processes of dealing with the pasts as well as their effects at a global scale remain understudied.
This conference aims to fill this gap by looking at how post-dictatorial justice and memory experiences in Southern Europe, Central Eastern Europe, and the former Soviet Union after the “third wave of democratisation” have reciprocally affected each other. It also seeks to unpack how memorialization practices in these regions were shaped by and influenced in turn criminalization discourses in other geographical contexts (Latin America, Asia, Africa). The conference focuses on transnational activism, transfers of knowledge and expertise at bilateral, regional or international levels, the impact of legal and mnemonic narratives outside their countries of origin, and the role of international organizations and NGOs in dealing with mass violence. The conference aims thus to trace the multidirectional circulation of ideas, norms and models of reckoning with authoritarian regimes both within these regions, and between them and other areas of the world.

Possible topics include, but are not restricted to, the following subjects:

Please submit your proposal including authors’ names, email addresses and affiliations, a short CV and an abstract of around 300 words by 25 November 2018. The organizers will provide a response by 10th December 2018. Selected participants will be invited to submit their papers (max. 7,000 words including tables, figures, and references) by 15 March 2019. The organizers intend to publish a selection of papers in a special issue of an international academic journal.