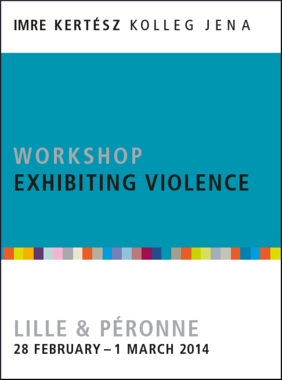 The workshop in Lille and Péronne aims to reflect on history and its role in current theoretical debates focusing on the question of a new sensitivity of exhibiting and viewing objects of war and violence in historical museums in Western and East Central Europe.

During the twentieth century, large parts of Europe have been affected by war, violence and oppression. The First World War marked the beginning of a new form of representing war and violence in museums, including the sufferings of civilians. Experiences of total destruction and widespread death brought on debates about how to exhibit these existential experiences.
The central aim of the workshop is to discuss the origins of presenting violence and war in museums both in Western and East Central Europe during and right after World War I as well as to discuss central issues of a new ethic of objects of war and violence in presenting them in museums in Western and East Central Europe, today.

In cooperation with the Goethe-Institute Lille and the Historial de la Grande Guerre, Péronne.