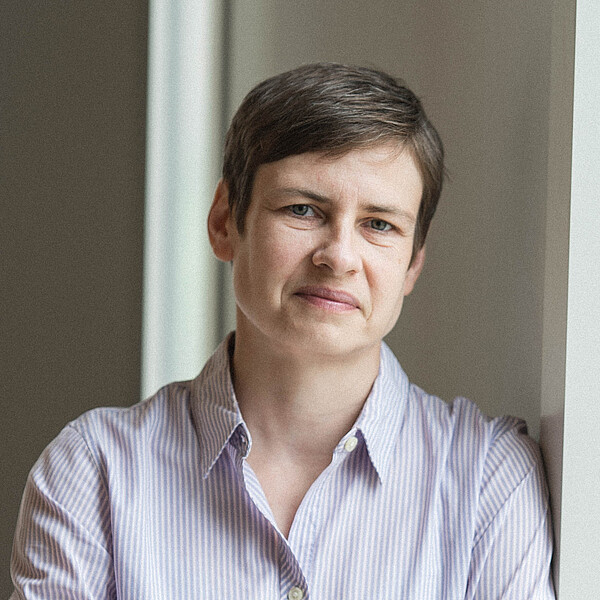 Anika Walke is the Georgie W. Lewis Career Development Professor at Washington University in St. Louis (USA). As Associate Professor of History with affiliations in Jewish, Islamic, and Middle Eastern Studies; Women, Gender, and Sexuality Studies; and Global Studies, Anika’s research and teaching interests include World War II and Nazi genocide, migration, nationality policies, and oral history in the (former) Soviet Union and Europe. She is a member of the Holocaust Geographies Collaborative and currently serves as Co-PI of “The Holocaust Ghettos Project: Reintegrating Victims and Perpetrators through Places and Events,” an NEH-funded endeavor to develop a Historical GIS of Nazi-era ghettos in Eastern Europe.

In Belarus, the legacy of World War II is literally and figuratively part of the landscape, in the form of marked and unmarked mass graves of Jews or others, or of large meadows that were once villages. What does it mean to live in and with this space of destruction, in a landscape infused with sites testifying to war and genocide? How do people relate to the visible and invisible traces of violence? I am interested in these questions not for their own sake, but because exploring the present state of such sites and how they are treated tells us about how the past, here: of violence, is viewed and interpreted. Understanding which sites are marked and in which way, whether they are memorialized or forgotten, and how they are represented, offers a new lens on the culture of memory in Belarus. The work also helps us better understand the long-term effects of World War II and Nazi genocide on individuals and communities, in Belarus and beyond.

Tentatively titled “Bones, Ashes, and Dirt: The Long Aftermath of the Nazi Genocide in Belarus,” my book project utilizes and expands on three intersecting trends in Holocaust research: analytical and methodological frameworks of spatial history and microhistory as well as a newer trend in memory studies to turn to the absences created by violence to analyze memorial culture. This triangulation allows me to respond to Michael Pollack’s call to understand Europe’s “contaminated landscapes.” Belarus is an especially cogent site for such an inquiry, as the country was severely impacted by a succession of conflicts including the First World War, the Russian Civil War, World War II and German occupation. Belarusian territory also shows the traces of Stalinist violence before and after World War II; the often overlapping sites of violence and burial thus call for considering a long arch of experiences of loss resulting from systematic violence.

Anne Kelly Knowles, Justus Hillebrand, with Paul B. Jaskot and Anika Walke, ‘Integrative, Interdisciplinary Database Design for the Spatial Humanities: The Case of the Holocaust Ghettos Project,’ International Journal of Humanities and Arts Computing 14, no. 1-2(2020): 64-80.

Review of Zina Gimpelevich, The Portrayal of Jews in Modern Bielarusian Literature (Montreal: McGill-Queen’s University Press, 2018), in Shofar: An Interdisciplinary Journal of Jewish Studies 39, no. 2 (2021): 290-292.

Review of Leonid Rein, The Kings and the Pawns: Collaboration in Byelorussia during World War II (New York: Berghahn Books, 2011) Journal of Soviet and Post-Soviet Politics and Society 4, no. 2 (2018): 142-146.