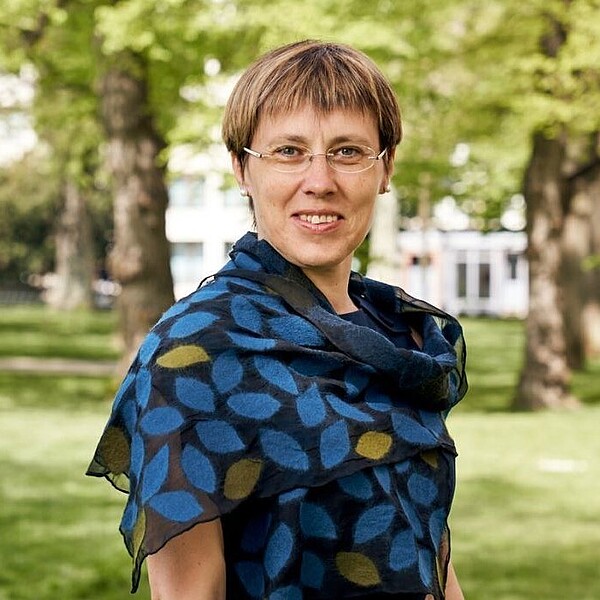 Viktoriya Sereda is a sociologist who has been a senior research fellow at the Institute of Ethnology of the National Academy of Sciences of Ukraine since 2020. Prior to her current position, she taught sociology at the Ukrainian Catholic University beginning in 2015, and at the Ivan Franko National University of Lviv starting in 2002. In the Spring semester of 2021, she was also a visiting lecturer at the University of Basel. Sereda has either led or participated in over 30 sociological research projects on Ukrainian society and its regional dimensions. From 2011 to 2017, she was the head of the sociological team for the project “Region, Nation and Beyond: An Interdisciplinary and Transcultural Reconceptualization of Ukraine” organised by the University of St. Gallen in Switzerland. In 2016–2017 and 2019–2020 she was the MAPA Research Fellow at the Ukrainian Research Institute at Harvard University, where she developed a digital atlas of social changes in Ukraine after the Euromaidan.

My book project Memory and Belonging in the Post-Euromaidan Ukraine examines how war (re)shapes narratives of belonging and mnemonic practices in Ukrainian local communities and focuses on the role of internally displaced people (IDPs) in these processes. The Euromaidan protests, the Russian annexation of Crimea and the war over Donbas have created a new dynamic in Ukrainian society and intensified its citizens’ reflections on their attitudes towards the past. As the changes in Ukraine’s mnemonic processes were not unidirectional, selected historical myths and identity markers have become part of the new information war. At the local level, right after the Euromaidan, many spontaneous grassroots initiatives emerged that aimed at the decommunisation of urban landscapes (which were later supported by the state) and the creation of a new, heroic cult of killed protest activists. Soon after, this narrative included the commemoration of Ukrainian soldiers fallen in the armed conflict over Donbas. This provoked debates over the nature of the conflict and the forms of commemoration.

These processes coincided with the dislocation of nearly 2 million Ukrainians who fled from the annexed territories and the war zone, resulting in increased tensions over a sense of belonging in the receiving communities. Following Vanessa May’s concept of the temporal dimension of belonging, I plan to explore the multidimensional and complex connections and disconnections that people experience with regard to their past, their new places of residence and the social groups that they perceive as important. Since the military conflict reinforces different cultural markers of belonging, and IDPs represent different ethnic and cultural groups, including the Muslim population of Crimea, this project requires the application of a trans-cultural as well as a trans-national approach. In-depth analysis of the IDPs and receiving communities shall uncover how local memories interact with prevalent meta-narratives and how they are influenced by the transnational trends of memory (re-)production.

Viktoriya Sereda, ‘In Search of Belonging: Rethinking the Other in the Historical Memory of Ukrainian IDPs’, The Ideology and Politics Journal 2, no.6 (2020): 83–107.

Viktoriya Sereda, ‘“Social Distancing” and Hierarchies of Belonging: The Case of Displaced Population from Donbas and Crimea’, Europe-Asia Studies 72, no. 3 (2020): 404–31.

Viktoriya Sereda, ‘“I am a man and an active citizen… I did not betray my state!”Public activism and identity issues in Ukraine after Euromaidan’,Revue d’études comparatives Est/Ouest 49, no. 2 (2018): 93–130.

Please find more information on Viktoriya Sereda on the website of the Institute of Ethnology of the National Academy of Sciences of Ukraine.