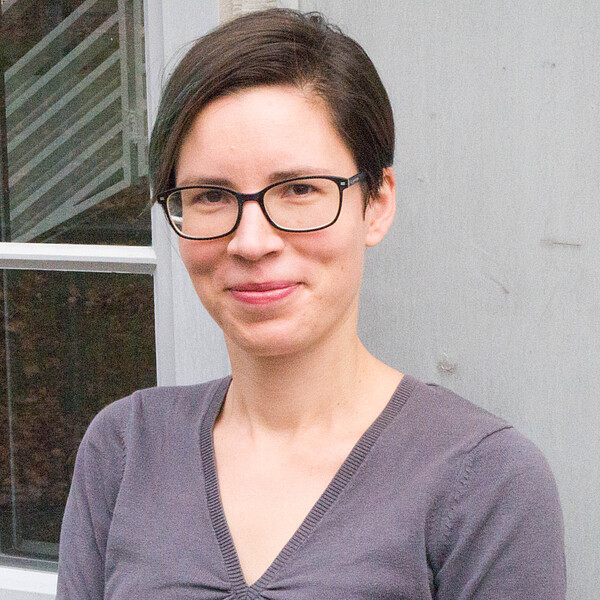 Réka Krizmanics is a collaborating lecturer in the Global and European Studies Institute at the University of Leipzig. She recently concluded her work as a teaching fellow in the Global History Lab, an Open Society University Network collaboration between Princeton University and Central European University. She is an external participant in several projects of the Institute of History at the former Hungarian Academy of Sciences. She earned her PhD in Comparative History at Central European University, Budapest in December 2020. She embarked on her PhD in history after acquiring an MA degree in Nationalism Studies.

During my fellowship at the Imre Kertész Kolleg, I am pursuing various threads connected to my larger research project thatinvestigates how socialist internationalism was embodied and reconfigured through the work of Hungarian women who were on long-term missions in the fields of medicine and engineering and were stationed in different countries of the Global South during the 1960s through the 1980s. My focus is on how their experiences influenced perceptions of the Global South in state-socialist Hungary. My goal is to uncover the specific female experiences in the Global South amidst varying dynamics of societal interaction, and to see how the women’s encounters informed a variety of aspects of thinking about the Global South in state-socialist Europe, along with their changing self-perceptions as female socialist citizens. The novelty of my project stems from the particular combination of intersecting analytical layers that focus on the changes in conceptualizations of race, gender and class within the state socialist camp. This innovative theoretical framework offers fresh insights into a global history of state socialism and a new dimension of comparability for other Eastern European case studies.

2020 “Kommunistaként az osztályharc frontján, valamint magyarként a nemzeti kérdésekben. Trianon és a határon túli magyarság kérdései a későszocialista történeti diskurzusokban [As a Communist on the Front of Class Struggle and As a Hungarian in National Issues: Trianon and the Issue of Hungarian Diasporas in the Carpathian Basin in Late Socialist Historical Discourses in The Collective and Historical Remembrance of Trianon, edited by Balázs Ablonczy, 2021. Forthcoming.

2013 “Nation-Characterology of Dinko Tomasić.” In Us and Them: Symbolic Divisions in Western Balkan Societies, edited by Ivana Spasić and Predrag Cvetičanin. Niš: Sven, 2013, pp. 57–72.

Réka Krizmanics, Vedran Duancić, Introduction to the special issue of European Review of History: Knowledge Acquisition and Dissemination in State Socialist Eastern Europe:
In Search of Agencies and Epistemologies.