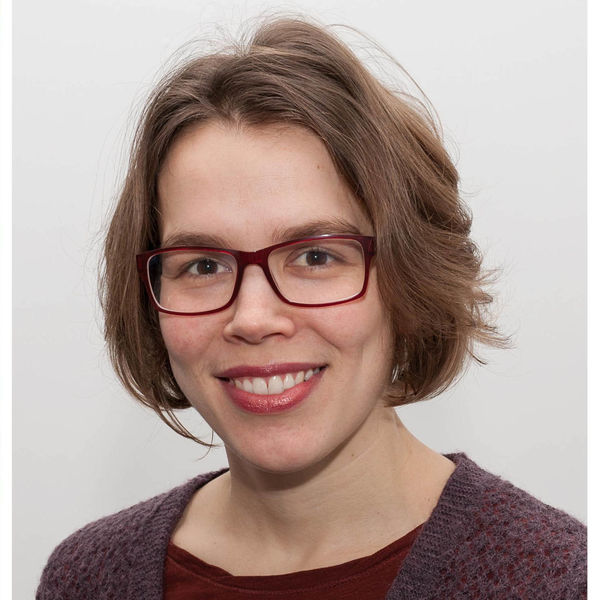 Jana Fuchs has been a PhD student at the Imre Kertész Kolleg at Friedrich Schiller University in Jena since April 2013. She holds a BA and a Master’s degree in Eastern and Southeastern European history, Polish studies, and cultural studies from the University of Leipzig. During her studies, she spent one year as an Erasmus student at the University of Warsaw. In 2012 she was awarded the Polish Ambassador’s academic advancement award for her Master’s thesis on “The Meaning of the Rubble. The Great Synagogue and Plac Bankowy in the Reconstruction of Warsaw 1945–1991”. She has been working as an editor for the Leipzig-based publishing house Spector Books since early 2012 and also works on a freelance basis for the Forum of Contemporary History in Leipzig.

Forgotten Terrain? Discussions of Urban Planning, Architecture ans Remembrance in Warsaw after the Second World War as Exemplified by the 'Non-Reconstruction' of Theatre Square and Piłsudski Square

This project focuses on two representative squares at the heart of Warsaw, both of which were razed to the ground during the war: Theatre Square and Piłsudski Square. These squares had a highly representative character in the interwar period, with important memorials and as they were almost exclusively surrounded by public buildings. My research is guided by the question why these two adjacent squares were hardly rebuilt at all after the war and remained wastelands. Yet neither of the two squares fits the description of “forgotten terrain” (Zygmunt Stępiński). Over a period of many decades numerous competitions were held and designs were proposed. As centres of ‘non-reconstruction’, both squares are fruitful objects of study in an investigation of how various actors dealt with the tension between the loss that the destroyed buildings represented and the possibility of a new start inherent in the destruction of the old building stock in the period from 1945 to 1989. What structures are rebuilt? And above all what structures are not rebuilt, but left out and replaced with something new? In other words: what structures are defined by whom, how, when, and why, as buildings of historical importance (and what structures aren’t)? And how are the various positions in this regard – urban planning, pragmatic, political, ideological, and financial – aligned and negotiated? I also wish to clarify to what extent public opinion represented an additional hindrance for state actors.

The two squares seem to have been in a kind of in-between space: between a vision of the architectural past (the idealised old town in the north, resurrected as a residential quarter) and a vision of the urban future (the socialist city centre with the Palace of Culture and Constitution Square to the south). With their motley buildings, many of which had been destroyed, the squares were characterized above all by ambivalence and were thus difficult terrain for those concerned with urban planning and the politics of memory.