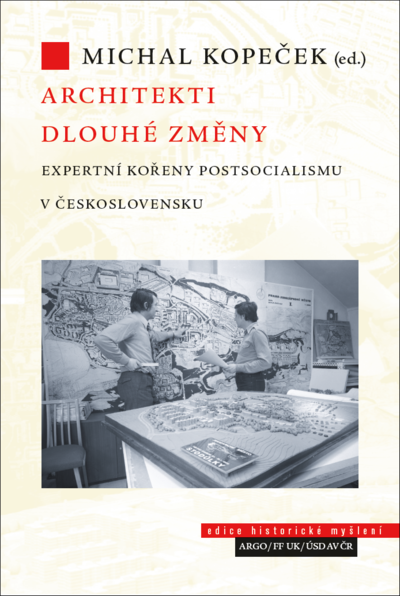 [The Architects of Long, Systemic Change: Expert Roots of Post-Socialism in Czechoslovakia]
This edited collection provides an original view of the late communist dictatorship, the 1989 democratic revolution and the beginnings of liberal democracy and capitalism in Czechoslovakia and in the Czech Republic. It deals with expert forms of governance and their legitimization before 1989, as well as with the transfer of expert knowledge and practices of socio-political management in the early post-socialist period. The authors assume that what is called ‘neoliberal governance’ was made possible not only by importing Western political and cultural patterns, but also by a series of intellectual and socio-cultural continuities with late socialism. These assumptions and hypothetical continuities in the duration of the ‘long systemic change’ (approx. 1980–1995) are the focus of individual studies on jurisprudence, sociology, urban planning, environmentalism, psychotherapy, corporate management and management theory.
Michal Kopeček managed to assemble several well-known researchers namely Adéla Gjuričová, Petr Roubal, Matěj Spurný and Tomáš Vilímek to contribute to this book.