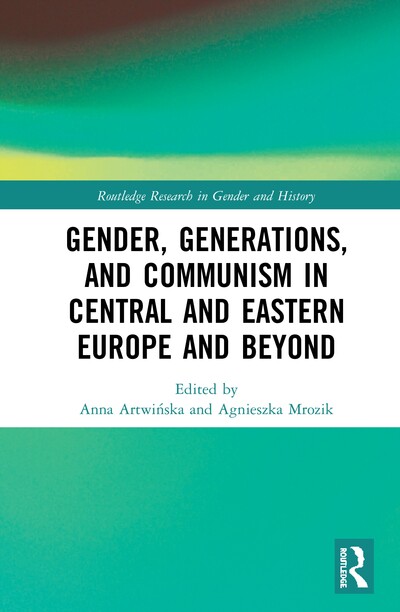 Gender, Generations, and Communism in Central and Eastern Europe and Beyond

Communism in twentieth-century Europe is predominantly narrated as a totalitarian movement and/or regime. This book aims to go beyond this narrative and provide an alternative framework to describe the communist past. This reframing is possible thanks to the concepts of generation and gender, which are used in the book as analytical categories in an intersectional overlap. The publication covers twentieth-century Poland, Czechoslovakia/Czech Republic, the Soviet Union/Russia, former Yugoslavia, Turkish communities in West Germany, Italy, and Cuba (as a comparative point of reference). It provides a theoretical frame and overview chapters on several important gender and generation narratives about communism, anticommunism, and postcommunism. Its starting point is the belief that although methodological reflection on communism, as well as on generations and gender, is conducted extensively in contemporary research, the overlapping of these three terms is still rare. The main focus in the first part is on methodological issues. The second part features studies which depict the possibility of generational-gender interpretations of history. The third part is informed by biographical perspectives. The last part shows how the problem of generations and gender is staged via the medium of literature and how it can be narrated.