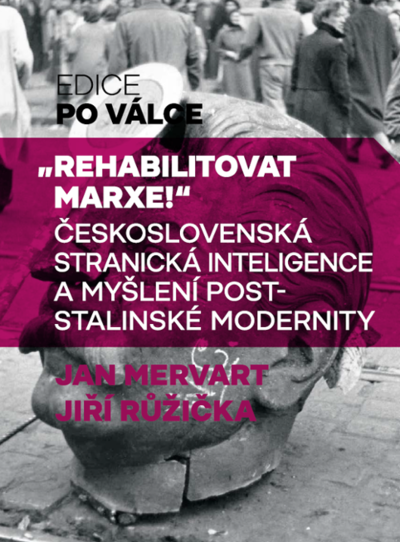 The book is devoted to the thought of the Czechoslovak Communist Party intelligentsia during the post-Stalinist period. The authors focus their attention on the central problems and basic categories from which new variants of socialist modernity were conceptualized. By the second half of the 1950s, it had become increasingly evident that the Stalinist model of building socialism as a specific project of modernization was running out of steam. In light of this reality, the Czechoslovak party intellectuals started to realize that the primary problem they were facing wasn’t the officially announced transition from socialism to communism, but the need to reformulate the entire socialist project. Post-Stalinist intellectuals thus gradually abandoned the schematism of Marxist orthodoxy and started to search for new interpretations of (not only) Marx’s writings that would provide an adequate conceptual framework for the solution of their current-day problems. The motto “Rehabilitate Marx!,” which the authors of this book borrowed to use as the book’s title, meant for post-Stalinist intellectuals not only cleansing Marx and Marxism of its Stalinist residue, but also and perhaps above all proving its philosophical superiority. This book represents an analytical archeology of this historically unsuccessful but, in terms of ideas, very rich and diverse project.