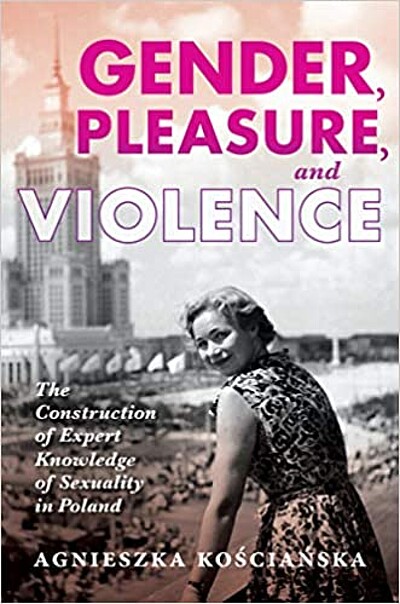 The Construction of Expert Knowledge of Sexuality in Poland

Behind the Iron Curtain, the politics of sexuality and gender were, in many ways, more progressive than the West.

While Polish citizens undoubtedly suffered under the oppressive totalitarianism of socialism, abortion was legal, clear laws protected victims of rape, and it was relatively easy to legally change one's gender. In Gender, Pleasure, and Violence, Agnieszka Kościańska reveals that sexologists—experts such as physicians, therapists, and educators—not only treated patients but also held sex education classes at school, published regular columns in the press, and authored highly popular sex manuals that sold millions of copies. Yet strict gender roles within the home meant that true equality was never fully within reach. Drawing on interviews, participant observation, and archival work, Kościańska shares how professions like sexologists defined the notions of sexual pleasure and sexual violence under these sweeping cultural changes.

By tracing the study of sexual human behavior as it was developed and professionalized in Poland since the 1960s, Gender, Pleasure, and Violence explores how the collapse of socialism brought both restrictions in gender rights and new opportunities.