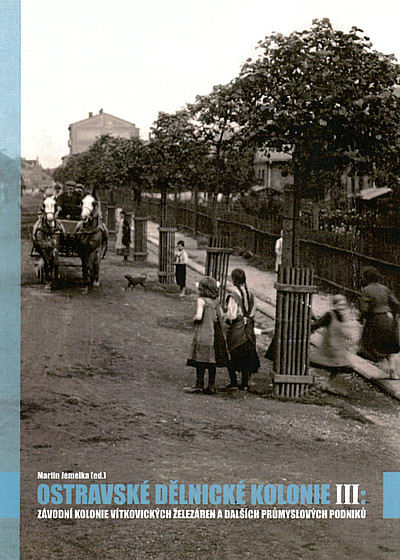 [English Translation: Workers’ Housing Schemes in Ostrava: The schemes built by the Vítkovice Ironworks and other industrial companies]

This publication is the last volume in a three-part series entitled Workers' Housing Schemes in Ostrava, whose previous volumes (published in 2011 and 2012) contained information on the architectural, demographic and social development of 54 housing schemes (known in Central Europe as "colonies") for miners and coking plant workers on both the left and right banks of the Ostravice River. This third and final volume in the series maintains the structure established in the previous two volumes (with the sites ordered according to the current administrative division of the City of Ostrava into municipal districts) and maps the workers' housing schemes built by some of Ostrava's major companies. These include chemical works and transport companies, but the main focus is on the schemes built for manual workers, supervisors and administrative staff by the Vítkovice Ironworks - both as part of the "New Vítkovice" development, an ambitious project by the company's general manager Paul Kupelwieser (1843-1919, in office 1876-1892) to create a self-contained company town, and also other schemes not situated in Vítkovice itself but at other locations to which the company expanded its operations from the end of the 19th century onwards.