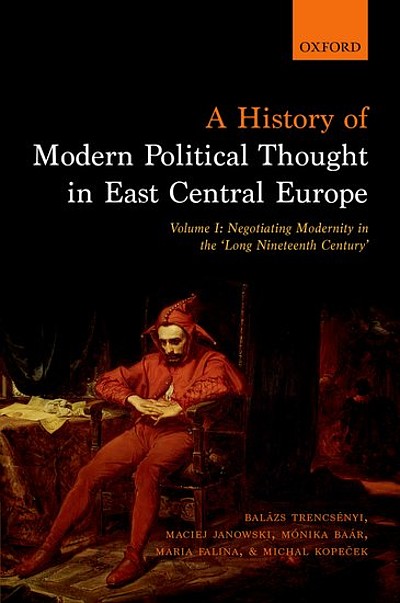 Volume I: Negotiating Modernity in the 'Long Nineteenth Century'

Devising a regional perspective, the authors avoid projecting the Western European analytical and conceptual schemes on the whole continent, and develop instead new concepts, patterns of periodization and interpretative models. At the same time, they also reject the self-enclosing Eastern or Central European regionalist narratives and instead emphasize the multifarious dialogue of the region with the rest of the world. Along these lines, the two volumes are intended to make these cultures available for the global 'market of ideas' and also help rethinking some of the basic assumptions about the history of modern political thought, and modernity as such.

The first volume deals with the period ranging from the Late Enlightenment to the First World War. It is structured along four broader chronological and thematic units: Enlightenment reformism, Romanticism and the national revivals, late nineteenth-century institutionalization of the national and state-building projects, and the new ideologies of the fin-de-siècle facing the rise of mass politics. Along these lines, the authors trace the continuities and ruptures of political discourses. They focus especially on the ways East Central European political thinkers sought to bridge the gap between the idealized Western type of modernity and their own societies challenged by overlapping national projects, social and cultural fragmentation, and the lack of institutional continuity.