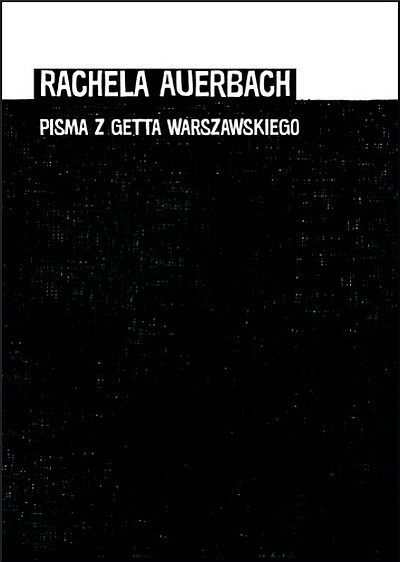 On 10 May 2016, Prof. Karolina Szymaniak was awarded a Polityka History Award for the Best Source Edition for her edition of Rachel Auerbach's writings from the ghetto.

The Imre Kertész Kolleg proudly congratulates Prof. Szymaniak on the award and her tremendous achievement!

From Prof. Borodziej's laudatory speech:
Karolina Szymaniak, in her own words, found herself facing a maze of texts, both published and unpublished, with words and sentences frequently crossed out, inserted or changed. "Subsequent drafts rose under Auerbach's fingers," like the dough in one of her dreams, "slipping out of control. In Auerbach's particular relationship to the texts, in these acts of constant repetition - of copying, printing these very same texts without being able to rewrite them entirely - one can also recognize signs of trauma." Karolina Szymaniak is addressing us here with practically British understatement. Auerbach's writings are in fact less a maze, than a cross between a jungle and the Tower of Babel. Hyperspectral scanning - I didn't realize such a thing existed - was only partially useful in uncovering earlier versions of the texts. It is only Szymaniak's painstaking editorial work, unsupported by technology, that has given us this extraordinary book, which may now - finally - find its way onto the bookshelves of classic works on the Holocaust.

The press release of Polityka magazine on the award can be found here: Nagrody Historyczne 2016 przyznane!