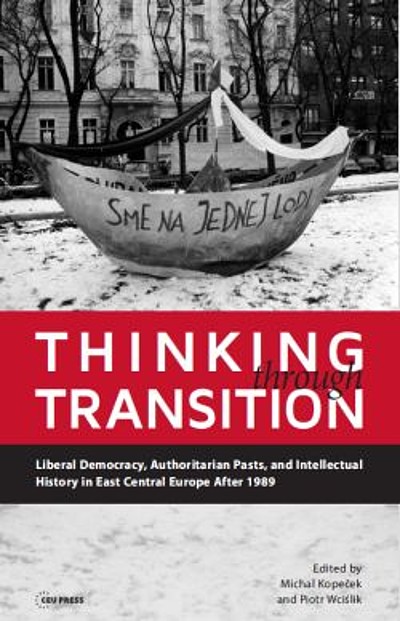 This book, grounded in empirical research sensitive to local contexts, proposes instead a history of adaptations, entanglements, and unintended consequences. In order to enable and invite comparison, the volume is structured around major domains of political thought, some of them generic (liberalism, conservatism, the Left), others (populism and politics of history) deemed typical for post-socialism. However, as shown by the authors, the generic often turns out to be heavily dependent on its immediate setting, and the typical resonates with processes that are anything but vernacular.

"It is impossible, after reading this volume, to still give any credit to those who claimed that 1989 was a revolution without ideas, or could not be a revolution because it offered no ideas. We should be grateful that a new generation of scholars-most of whom not burdened by the assumptions and affinities that have inhibited participants and contemporary observers-can look with a cool eye both at the thinking that accompanied radical change and at the sometimes bizarre amalgams that have furnished political language in the last quarter-century in East Central Europe." - Padraic Kenney, Professor of History and International Studies, Indiana University

"This is the most comprehensive and balanced intellectual history so far available of post-communist East Central Europe, and it is particularly instructive on the diversity of the field. The book is essential reading for those who want to know how the multiple transformations of the region were understood from within." - Jóhann P. Árnason, Professor Emeritus of Sociology, La Trobe University,Melbourne