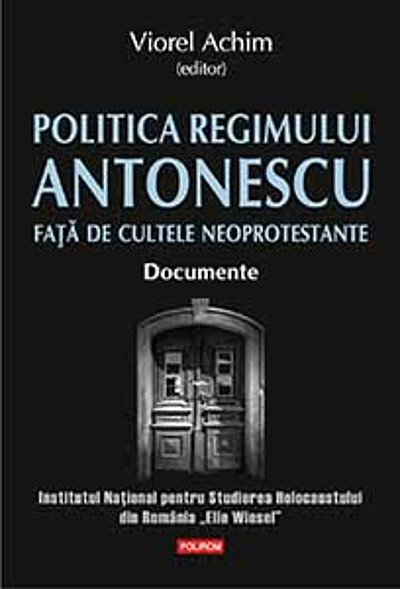 This collection comprises documents on the policy developed by the Romanian state in the years 1940 to 1944 towards neo-Protestant denominations: Baptists, Seventh-day Adventists and Brethren, a total of approximately 100,000 citizens, most of whom were Romanian. From September 1940 neo-Protestants became the target of a systematic persecution, which culminated in the banning of their faith, the closure of their places of worship and the punishment of all public expressions of faith. In this way the authorities sought to intimidate these people and force them to convert to Orthodoxy. Thousands of believers were arrested, imprisoned or interned, and a number of them were deported to Transnistria. This policy was connected to the goal of the Antonescu government to homogenize the country's population in terms of both ethnicity and religion.

Viorel Achim was a fellow at the Imre Kertész Kolleg in 2012. He worked on this document collection at the Kolleg.