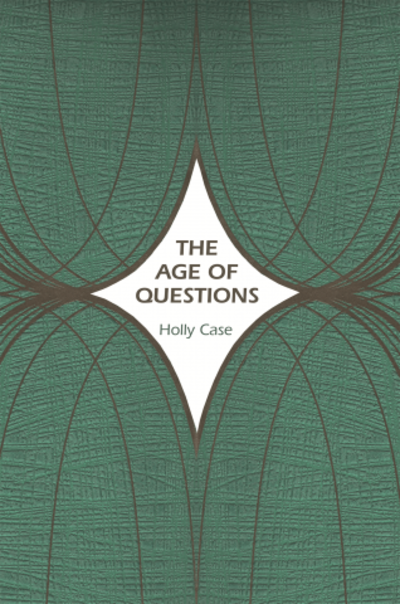 The Age of Questions

Or, A First Attempt at an Aggregate History of the Eastern, Social, Woman, American, Jewish, Polish, Bullion, Tuberculosis, and Many Other Questions over the Nineteenth Century, and Beyond

In the early nineteenth century, a new age began: the age of questions. In the Eastern and Belgian questions, as much as in the slavery, worker, social, woman, and Jewish questions, contemporaries saw not interrogatives to be answered but problems to be solved. Alexis de Tocqueville, Victor Hugo, Karl Marx, Frederick Douglass, Fyodor Dostoevsky, Rosa Luxemburg, and Adolf Hitler were among the many who put their pens to the task. The Age of Questions asks how the question form arose, what trajectory it followed, and why it provoked such feverish excitement for over a century. Was there a family resemblance between questions? Have they disappeared, or are they on the rise again in our time?

In this pioneering book, Holly Case undertakes a stunningly original analysis, presenting, chapter by chapter, seven distinct arguments and frameworks for understanding the age. She considers whether it was marked by a progressive quest for emancipation (of women, slaves, Jews, laborers, and others); a steady, inexorable march toward genocide and the "Final Solution"; or a movement toward federation and the dissolution of boundaries. Or was it simply a farce, a false frenzy dreamed up by publicists eager to sell subscriptions? As the arguments clash, patterns emerge and sharpen until the age reveals its full and peculiar nature.

Turning convention on its head with meticulous and astonishingly broad scholarship, The Age of Questions illuminates how patterns of thinking move history.

Holly Case is associate professor of history at Brown University.

"The Age of Questions presents a whole new framework for thinking about social and political thought in the nineteenth century. Case ingeniously explores the urgent ‘questions’ that European commentators found so compelling, and she excavates the multifarious dimensions of these questions in all their interlocking complexity. With exceptional erudition concerning Eastern Europe as well as Western Europe, Case offers a comprehensive continental recovery of a crucial agenda in the European history of ideas."—Larry Wolff, New York University

“This impressive book offers an extraordinarily original interpretation of European history that cuts across the artificial conceptual borders of segregated regions and time periods. The research and erudition are staggering.”—Michael D. Gordin, Princeton University

"This smart, generative work does what most historians only dream of: out of an overused, unnoticed expression, it draws a key for understanding the fate of Europe’s nineteenth century. A history of how elites and intellectuals turned ‘questions’ into a dance revolving, often endlessly, around political and social problems, The Age of Questions is an epistemology—of how language and argument made and unmade possibilities for change, created and arrested temporal momentum, and lurched Europe into war."—Stefanos Geroulanos, author of Transparency in Postwar France