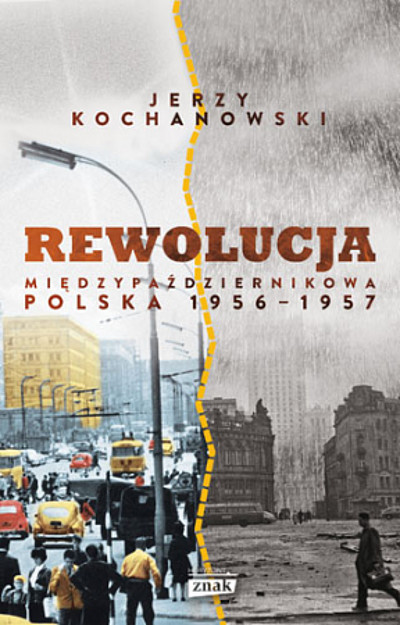 There is no doubt that the processes, which took years in other countries, literally occurred in Poland within a few months: between late 1956 and early 1957. The speed with which the transition took place was the result of a unique coincidence and the accumulation of both internal and external factors. With regard to the internal factors, the response to the ideologisation of political, social, economic and cultural life under Stalinism was a sharp rejection of it - all the more so since there were societal actors who were willing to publicly reject it and simultaneously create new values: whether they were members of the former elite or of the new generation for whom the field of action was radically expanded owing to the thaw.

The fact that the communist party apparatus and the surveillance forces were drastically debilitated, albeit temporarily, was enormously important, and indeed, international conditions were also beneficial, thus indicating the external factors. To be sure, the change in Poland would not have been as measurable without the thaw that was simultaneously taking place in the Soviet Union. The years 1955-7 were politically, economically and socially critical for Western Europe as well. The end of Poland's Stalinist isolation finally enabled the transfer of consumption patterns (e.g. motorisation, mass culture) from Western Europe and the United States. Clearly, it can be argued as to what extent the parallel occurrence of the thaw in Poland and the change in the western part of the continent actually contributed to the modernisation leap observed in Poland in 1956-7. In a number of areas - science, industrial design, sports, cultural life, openness to the world and the way it was perceived, the hatching of a modern social structure, the private sector, rural areas, ecology (at its inception), the sphere of ideas, (day)dreams and concepts, to name a few - the change was so extensive and so thorough that it might be stated that within this short period of time, the foundation for modernity had been laid, and indeed, for the political-system transition of three decades later.