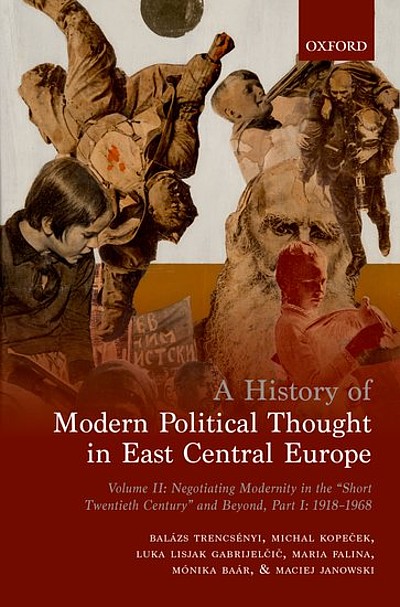 Volume II: Negotiating Modernity in the 'Short Twentieth Century' and Beyond, Part I: 1918-1968

History of Modern Political Thought in East Central Europe is a synthetic work, authored by an international team of researchers, covering twenty national cultures and 250 years. It goes beyond the conventional nation-centered narratives and presents a novel vision especially sensitive to the cross-cultural entanglement of political ideas and discourses. Its principal aim is to make these cultures available for the global 'market of ideas' and revisit some of the basic assumptions about the history of modern political thought, and modernity as such.

The present volume is a sequel to Volume I: Negotiating Modernity in the 'Long Nineteenth Century'. It begins with the end of the Great War, depicting the colorful intellectual landscape of the interwar period and the increasing political and ideological radicalization culminating in the Second World War. Taking the war experience both as a breaking point but in many ways also a transmitter of previous intellectual traditions, it maps the intellectual paradigms and debates of the immediate postwar years, marked by a negotiation between the democratic and communist agendas, as well as the subsequent processes of political and cultural Stalinization. Subsequently, the post-Stalinist period is analyzed with a special focus on the various attempts of de-Stalinization and the rise of revisionist Marxism and other critical projects culminating in the carnivalesque but also extremely dramatic year of 1968. This volume is followed by Volume II: Negotiating Modernity in the 'Short Twentieth Century' and Beyond, Part II: 1968-2018.