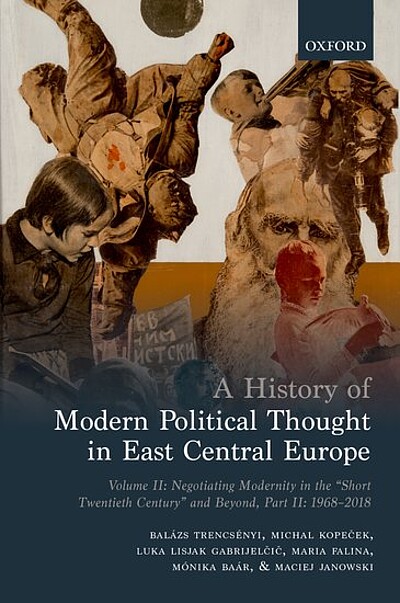 Volume II: Negotiating Modernity in the 'Short Twentieth Century' and Beyond, Part II: 1968-2018

A History of Modern Political Thought in East Central Europe is a synthetic work, authored by an international team of researchers, covering twenty national cultures and 250 years. It goes beyond the conventional nation-centered narratives and presents a novel vision especially sensitive to the cross-cultural entanglement of political ideas and discourses. Its principal aim is to make these cultures available for the global 'market of ideas' and revisit some of the basic assumptions about the history of modern political thought, and modernity as such.

The present volume is the final part of the project, following Volume I: Negotiating Modernity in the 'Long Nineteenth Century', and Volume II, Part I: Negotiating Modernity in the 'Short Twentieth Century' (1918-1968) (OUP, 2018). Its starting point is the defeat of the vision of 'socialism with a human face' in 1968 and the political discourses produced by the various 'consolidation' or 'normalization' regimes. It continues with mapping the exile communities' and domestic dissidents' critical engagement with the local democratic and anti-democratic traditions as well as with global trends. Rather than achieving the coveted 'end of history', however, the liberal democratic order created in East Central Europe after 1989 became increasingly contested from left and right alike. Thus, instead of a comfortable conclusion pointing to the European integration of most of these countries, the book closes with a reflection on the fragility of democracy in this part of the world and beyond.