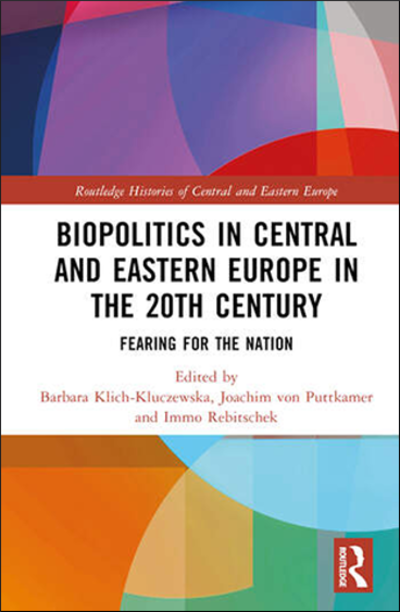 Biopolitics in Central and Eastern Europe in the 20th Century

Fearing for the Nation

The cataclysms of imperial collapse, World War(s) and the Holocaust but also the rise of state socialism after 1945 provided extraordinary and distinct conditions for the governing of life and death. The volume collects the latest research and empirical studies from the region to showcase the diversity of biopolitical regimes in their regional and global context – from hunger relief for Hungarian children after World War I to abortion legislation in communist Poland. It underlines the similarities as well, demonstrating how biopolitical strategies in this area often revolved around the notion of an endangered nation; and how ideological schemes and post-imperial experiences in Eastern Europe further complicate a "western" understanding of democratic participatory and authoritarian repressive biopolitics.

The new geographical focus invites scholars and students of social and human sciences to reconsider established perspectives on the history of population management and the history of Europe.