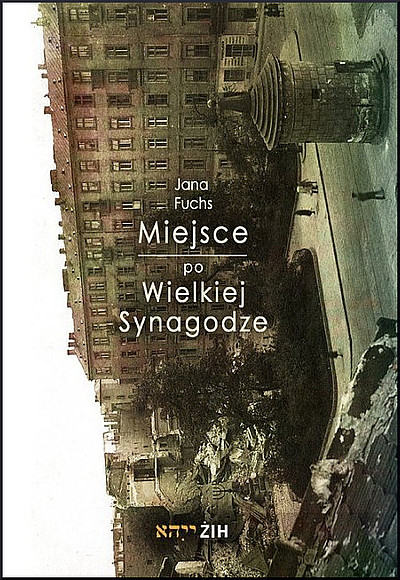 On May 16th 1943, SS-Gruppenführer Jürgen Stroop personally blew up the Great Synagogue of Warsaw as a symbol to the extermination of the Jews of Warsaw. Nearly fifty years later, in 1991, the so-called "Azure Skyscraper" was opened on the site of the Great Synagogue following construction that had begun at the Plac Bankowy in the 1960s. While the stark contrast between what stood on the site until World War II and what was built under state socialism mostly goes unnoticed for those passing through the busy Plac Bankowy on a daily basis, for the author the dissonance reverberates like a pregnant silence. All that remains to hint of the Great Synagogue is a small information plaque on the backside of the skyscraper, which reveals scant little about the former house of worship but speaks volumes about the meaning - or lack thereof - of the Synagague for the city of Warsaw in the years since its destruction. In "Miejsce po Wielkiej Synagodze. Przekształcenia placu Bankowego po 1943 roku", the author not only reconstructs the many different plans made for the use of the site of the Synagague since 1943 as part of the restructuring of the Plac Bankowy, she analyzes the different ways in which the former use of the site was forgotten or kept in silence that both preceded and accompanied the new planning and the building of the skyscraper that would eventually occupy the site.